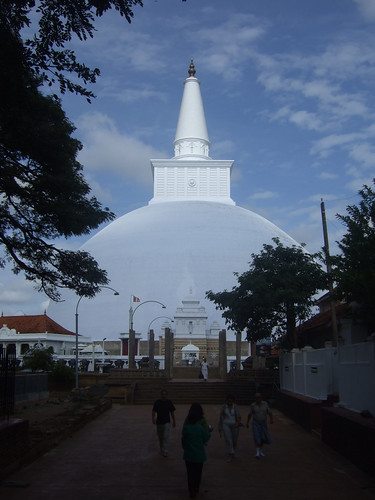 The dust may be yet to settle over Giza’s supposed ‘tube’ network, but it seems Egypt isn’t the only ancient site in which to find subterranean wonders. Archaeologists in Sri Lanka have recently embarked on a proposed four-year project to uncover a ‘hidden city’ lurking below the famous sacred site of Anuradhapura.

Director-General of the country’s Central Cultural Fund, Dr Siran Deraniyagala, will be joined by archaeologists from Berlin University to unshroud the secrets of one of Sri Lanka’s famous ancient capitals.

Anuradhapura is one of Sri Lanka’s holiest sites

As yet no archaeological team has conducted a complete exploration of Anuradhapura, which is believed to have been founded as far back as the 5th century BC.

The city’s cultural and political zenith was during its era as capital city between the 3rd century BC and 993 AD, when it was abandoned following an invasion. Its pretty ruins, including Ruwanwelisaya Stupa and the Avukana Buddha, remain a popular tourist haunt today. The city still remains a sacred place for Buddhists.

Sri Lankan officials will be hoping this latest coup can reignite foreign passions for a country which has only this year emerged from a bloody 16-year civil war.