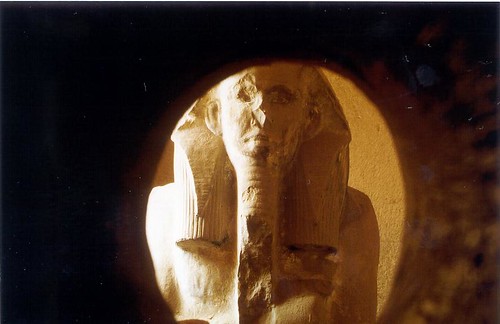 Scholars across the globe have spent more than a century trying to document the reigns of the various rulers of Egypt’s Old, Middle and New Kingdoms. Now, researchers say they nailed down a more accurate chronology for dynastic Egypt. The new chronology, based on a radiocarbon analysis of short-lived plant remains, is a long and accurate chronology of ancient Egyptian dynasties that agrees with most previous estimates but also imposes some historic revisions.

Although previous chronologies (based on both historical and archaeological records) have been precise in relative ways (the sequence of rulers), assigning absolute dates to specific events in ancient Egyptian history has been an extremely contentious undertaking. This new study tightly constrains those previous predictions, especially for the Old Kingdom (the third millenium BC), which was determined to be slightly older than some scholars had believed.

The research team says the study, published in today’s issue of Science, will also allow for more accurate historical comparisons to surrounding areas, like Libya and Sudan, which have been subject to many radiocarbon dating techniques in the past.

Christopher Bronk Ramsey and colleagues from the Universities of Oxford and Cranfield in England, along with a team of researchers from France, Austria and Israel, collected radiocarbon measurements from 211 various plants – obtained from museum collections in the form of seeds, baskets, textiles, plant stems and fruit – that were directly associated with particular reigns of ancient Egyptian kings. They then combined their radiocarbon data with historical information about the order and length of each king’s reign to make a complete chronology of ancient Egyptian dynasties.

“My colleague, Joanne Rowland, went to a lot of museums, explaining what we were doing and asking for their participation,” Bronk Ramsey said. “The museums were all very helpful in providing material we were interested in – especially important since export of samples from Egypt is currently prohibited. Fortunately, we only needed samples that were about the same size as a grain of wheat.”

For the most part, the new chronology simply narrows down the various historical scenarios that researchers have been considering for ancient Egypt. Yet, it does indicate that a few events occurred earlier than previously predicted. It suggests, for example, that the reign of Djoser – famous for his Step Pyramid – in the Old Kingdom actually started between 2691 and 2625 BC and that the New Kingdom began, with the reign of Ahmose I, between 1570 and 1544 BC. King Tut is put between 1353 and 1331 BC.

“For the first time, radiocarbon dating has become precise enough to constrain the history of ancient Egypt to very specific dates,” said Bronk Ramsey. “I think scholars and scientists will be glad to hear that our small team of researchers has independently corroborated a century of scholarship in just three years.”

Bronk Ramsey and his colleagues also found some discrepancies in the radiocarbon levels of the Nile Valley, but they suggest that these are due to ancient Egypt’s unusual growing season, which is concentrated in the winter months.

However, there’s at least one riddle thatremains: when did the Thera or Minoan eruption take place? While previous radiocarbon dating suggests the eruption took place at least 100 years before the start of the New Kingdom – put at no earlier than 1570 BC by this study. Archaeologist Manfred Bietak puts the massive eruption during the New Kingdom era.

The Thera eruption which some say is the inspiration for the Atlantis legend – destroyed the Minoan city of Akrotiri and caused havoc in the Aegean. It is considered a ‘global Bronze Age time marker’, and may have led indirectly to the collapse of the Minoan civilisation on Crete, through the creation of a gigantic tsunami that hit the island.