Archaeologists exploring the lost Maya city of El Mirador claim they’ve found the world’s biggest pyramid. The massive structure, called La Danta (The Tapir), may have its summit hidden beneath Guatemala’s jungle canopy. Yet its volume is reckoned to be larger than that of the Great Pyramid of Khufu in Egypt’s Giza Plateau. The city itself, dubbed the ‘Maya Cradle of Civilization‘, is the size of a modern metropolis; bigger than downtown Los Angeles. And experts believe there are thousands more pyramids yet to be found.

Yet there is more to El Mirador, tucked in Guatemala’s northern wilderness just a few miles from the Mexican border, than its headline-grabbing pyramid. Also unearthed is a 300-200 BC stone frieze depicting the Maya creation story, the Popol Vuh – the only one of its kind in the world. Nearly all written Maya history and religious material was destroyed by the Spanish Conquistadors in the 15th and 16th centuries, tainting anything recorded since.

Dr Richard Hansen, Director of the Mirador Project, has spent his life studying the enigmatic ancient city. He tells CNN La Danta shows a staggering level of people power: “The pyramid La Danta is a structure the world should know because it represents an investment in labour unprecedented in world history. Every single stone in that building, from the bottom to the top, was carried by human labour.” 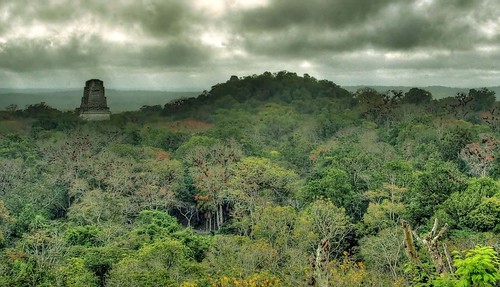 The Maya civilization, which mysteriously collapsed a thousand years ago, has long since struck a romantic chord with experts and aficionados alike – not least for a constant conveyor-belt of discovery. Another recent revelation has been the discovery of two pyramids and nine royal palaces at the Yucatan site of Kiuic. And the whole world has been agog this year at the so-called Maya Doomsday Prophecy, which has even spawned its own Hollywood blockbuster.

Yet Dr Hansen’s team are increasingly having to defend El Mirador from a number of human dangers. Cattle ranchers, loggers and illegal traffickers operate in the region, and armed guards are needed to warn off potential looters. El Mirador may succumb to these perils if it does not receive the international recognition it desperately needs. Yet for now Dr Hansen and his experts are in awe of the city’s unending surprises. “This is the summit of the Maya world,” he says proudly.