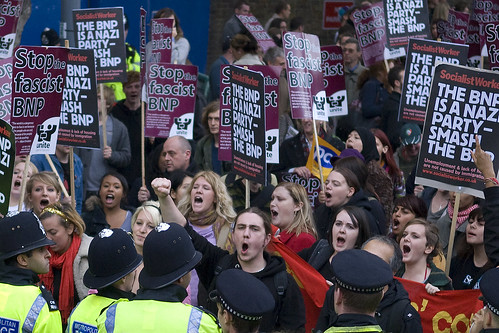 The BNP hit national headlines again last weekend, as Britain limps towards this year’s general election. After having voted to scrap their ‘whites-only’ membership policy, the far-right group introduced a measure whereby prospective members are vetted for up to two hours on whether they support the ‘integrity of the indigenous British’. We, the native British people, the party’s website valiantly claims, will be an ethnic minority in our own country within sixty years.

Thankfully Central London County Court ruled the membership move discriminatory, so Nick Griffin and his cronies will have to go back to the drawing board for another feeble attempt to drag themselves up in sheep’s clothing. But there’s something glaring I’ve found during our Ancient World in London video series Mr Griffin might want to address.

Nicole Favish takes a trip up north to see the Hadrian’s Wall Illuminations, marking 1600 years since the Romans left! Beacons, flares and torches were lit up along the length of the Roman Hadrian’s Wall, which is marked with forts, milecastles and turrets.

Nicole talks to some Roman re-enactors from Germany, and learns about the Vindalanda writing tablets, one of Britains’s most important discoveries.

Think ‘indigenous British’ and you might assume white, yet go back 2,000 years to Roman rule, and Britain was as multicultural as a Heathrow terminal. No fewer than three times in the past week have I heard ancient Britannia described as a multicultural centre; in Roman London, Fishbourne Roman Palace and Hadrian’s Wall(at this weekend’s illuminations check out the blog and video for more info).

London was a thriving trade centre following the Claudian invasions in 43AD, providing homes for foreigners as far flung as north Africa or Persia. Likewise Fishbourne was a seaport famed for Celtic client kings and a massive foreign workforce from across the empire. As the sun set on Hadrian’s Wall one organiser told me no fewer than 18,000 Roman soldiers worked on the wall, and around 15 per cent of the entire Roman army was stationed there at one point or other from all four corners of the continent and beyond. Recently at York, ancient Eboracum, evidence was found that ‘upper class’ African women made it their home during its infancy.

Did Britain’s ancient invaders and explorers not have children?

Did these ‘foreigners’ not procreate? Did they not forge cross-culture relationships and have children who themselves had children? When the Romans left in 410AD, did everyone suddenly disappear leaving ‘indigenous’ Celtic tribes to repopulate entirely?

And when the Saxons arrived from modern-day Germany and Denmark did they send all their kids back across the North Sea? What about the Scandinavian Vikings? Or the French Normans? Didn’t those cultures not assimilate dozens if not more other cultures into their own long before they reached Britain’s shores? Read Jonathan’s excellent blog on Britain’s DNA here. 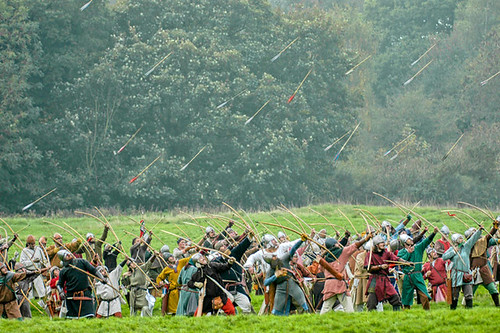 I’m labouring the point, but how can one possibly preach about the rights of ‘indigenous Britons’ when this island has been explored and invaded more times than Jordan’s dignity? At what date does Mr Griffin draw the line? Will he be giving tax breaks to Italians or Scandinavians? I somehow doubt it. Ancient Britain, and London, was a humming nerve centre, where the synapses of the world flashed and banged to create a wonderful nation.

One of Britain’s greatest assets is its multiculturalism, but sadly some people choose to blame the country’s ills on immigration. Great writer Daniel Defoe summed up the situation best in his 1703 work The True-Born Englishman:

What were the English that they should make a mock of foreigners? They were the most mongrel race that ever lived upon the face of the earth. There was no such thing as a true-born Englishman.