Wookey Hole Caves, is planning to bring its ancient history to life by hiring a resident witch to live in the caves and teach tourists about their history and craft. Hours are seasonal, but this is no pocket money summer job the owners of the caves are offering 50k (pro rata) for the right witch.

The original Wookey Witch is thought to have lived in the caves during Britains Dark Ages, and put a curse on a local romance, before being turned into a stallagtite in return.

The Dark Ages are thought to have begun when the defeat of the last Western Roman Empire leader Romulus Augustulus in 476AD brought about the fall of the Roman Empire, bringing Britain down with it. There are few written records from the period, and scant evidence even of pottery, and historians are unsure of what went on during this unilluminated era.

The original Wookey Witch would be a far cry from the idea of witches that we have today. Despite her bad rep, the witches of the Dark Ages were generally thought of as doddering and harmless old ladies, eccentric and self-sufficient, with a knowledge of herbs – although this particular witch clearly had a bit of a chip on her shoulder when it came to courting. One writer explains:

‘During the darkest of dark ages in Britain… witches were thought to exist on the outer fringes of society, dabbling in various dark arts but not necessarily in evil or in practices harmful to the larger community. During these undocumented centuries, they were thought of as mostly isolated, curious figures, interested in magic or fairies. Examples might be those such as the Merlin character in the King Arthur legends or the fringe figures in Shakespeare’s MacBeth.’

Later, when the number of witches increased, conventional society took umbrage, and the image of witches evolved into the evil incarnation that children still think of today. By this time, society was just finding its religious feet again after the squabbling of the Dark Ages, and religious leaders decided to clamp down forcefully on the practice. By the Middle Ages, thousands of women were being killed across Europe in the now-famous witch hunts.

Lions and Hyenas and Mammouths… oh my! 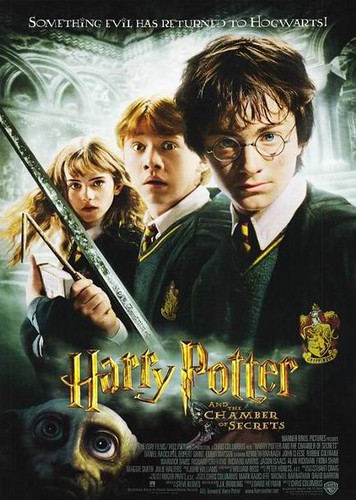 But the Wookey Witch wasnt the first inhabitant of the caves. Archaeologists have discovered that the caves have been used by humans for 50,000 years. Artefacts from the Iron Age have been found, as well as evidence of Roman occupation. According to The Modern Antiquarian:

Only the first chamber, lit by daylight, was occupied. In 1912 an archaeologist Herbert Balch excavated the site. Pottery found there dates this occupation to the late Iron Age and into the time after the Roman occupation. The discovery of the bones of two goats, a pot, and the remains of a tethering post indicate that part of the outer chamber had also been used as a goat pen; and nearby was found an almost complete skeleton of an old woman, plus a dagger, knife, billhook and a stalagmite / alabaster ball…

‘Workmen digging the canal in 1857 found the remains of prehistoric man, including flint tools, as well as the bones of animals such as hyenas, mammoths, rhinoceros and lions.

Caverns of the Stars

The caves are now transformed into a major tourist attraction, with its own museum and all the usual facilities, plus its own-brand cheddar cheese (the temperature of the caverns are perfect for cheese-making). They have also been used as a set for films, including several scenes from the Harry Potter and the Chamber of Secrets, as well as Robin of Sherwood and an episode of Dr Who.

Despite the ancient setting, the life of the new Wookey Witch will be a far cry from that of his or her spiritual ancestors. Public perception of British witches has come full circle, from harmless eccentrics to feared sorceresses, and back to harmless eccentrics again. But this time, there’s a very attractive salary package on top.