Plans to close the University of Glasgows Centre for Battlefield Archaeology as part of funding cuts have been met with strong criticism from prestigious quarters since coming to light earlier this month. The centre, part of Guard and the Department of Archaeology, is an arm of the university which offers archaeological services to external organisations. Its biggest claim to fame is its work supporting Channel 4s Time Team programme. The Director of the Centre for Battlefield Archaeology, Dr Tony Pollard, has appeared on some of the Time Team programmes, including excavation of a WWII bunker in Ypres, Belgium, and even co-presented Two Men in a Trench – a BBC series on battlefield archaeology. But can the centre’s media credentials help save it from closure?

There’s a lot at stake if the centre closes. It also offers a MLitt/PgDip in Battlefield and Conflict Archaeology, and carries out research projects around the world, instigating new techniques such as metal detector survey and geophysics on battlegrounds and sites in France, Belgium, Libya, South Africa and South America, as well as publishing the Journal of Conflict Archaeology. 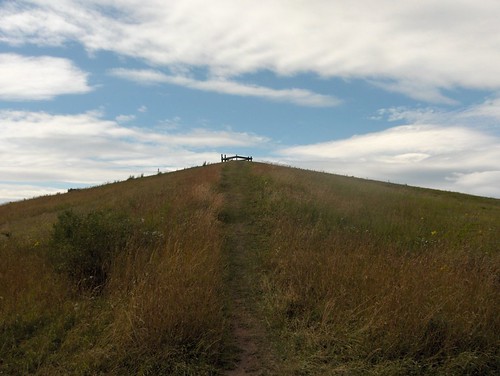 A recent project revealed that the Battle of Prestonpans – between the Jacobites and Hanovians in 1745 – was actually around 500 metres east of where it was previously thought to have happened. A pyramid-shaped vantage point which gives visitors a view of where the battle was previously thought to have taken place offers a fortunately wide view of the area. The team are now in Germany, carrying out ‘the most intensive archaeological survey of a battlefield anywhere in the world’ in Lutzen.

The university had claimed that the service wasnt generating sufficient income, but staff have refuted this, countering that the service generates hundreds of thousands of pounds for the university every year. In response to the backlash, the ruling court of Glasgow University have now set up a committee to establish how viable the centre is, meaning that the Universitys plan to simply go ahead with the closure is prevented for now.

This week, support for the centre was boosted when international battlefield archaeology expert Roger Moore wrote to Glasgow’s Herald newspaper stating that the centre must be saved. He said:

Scotland will lose an invaluable and academically groundbreaking resource should the Centre for Battlefield Archaeology be closed as a result of funding difficulties… I cannot overstate the blow to the discipline of conflict archaeology, and to Scottish heritage, that would result from shutting down the programme.

Historic Scotland will surely be following the progress of the enquiry – it has been working to protect the battlefield sites of Scotland for archaeologists, and is planning to publish a list of protected iconic battlefield sites next year. If plans to close the centre go ahead, there might be no working battlefield experts to take advantage of these actions by then.

Even if the division is saved, it seems inevitable that the cuts will be felt elsewhere instead. Academic institutions across the UK are making drastic cuts. Kings College Londons Palaeography department is under threat, and
Last month, proposed cuts at the University ofSussex led to the riot police being called in.

Museums, publishers and heritage sites are also threatened by the economic crisis. Publishers White Star and Thalamus both closed last year, and the future of Canterburys Roman Museum is uncertain.

Even major charities are feeling the pinch. The Times Online reported that an enquiry into the running of the National Trust for Scotland has sparked demand for a total reform of the organisation, including a possible merge with Historic Scotland. National Trust for Scotland owns and maintains 120 sites including St Kilda, Staffa and Culzean Castle, and has been rocked by financial problems and accusations of ineffective management in recent times. Last year, the charity announced the closure of eleven properties, but a fierce public outcry meant that several of these were saved. Since a change in the law allowed it, the organisation has since been selling off properties, including a Leith townhouse visited by Mary Queen of Scots, in order to salvage its financial situation.

Perhaps the centre could take a lead from supporters of Colchester’s Roman Circus and bring in their celebrity Time Team friends to help campaign for the future safety of the centre. The Roman Circus which was threatened with closure as part of council cuts, but could well be safeguarded after campaigners harnessed the power of social networking, and established celebrity support from Caroline Lawrence and Millie Binks, in order to reach the target of 200,000 needed to trigger council funding. The organisers are looking forward to a screening of Gladiator in May to further support their campaign.

The University of Glasgow is forced to make cuts somewhere. Perhaps instead of drastically chopping whole limbs, such as the Centre for Battlefield Archaeology, from the university body, the cuts could be incorporated across all departments. If they are intent on taking on the Battlefield experts, they should definitely be prepared for a fight (if a disorganised one) – or at least a screening of Braveheart introduced by Tony Robinson.