Artifacts from the Three Kingdoms Period on Display in Beijing 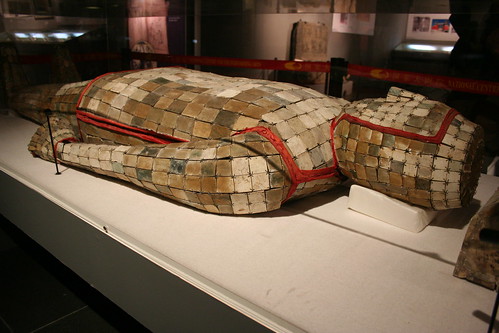 The tomb of Chinese warlord Cao Cao one of Chinas latest and most controversial discoveries has yet to open itself up for firsthand public views. But an exhibit in Beijing offers the next best thing.

From weapons and coins to statutes and artwork, 1,800 year-old relics from Cao Caos era will be on display at Beijings National Centre for the Performing Arts. The unique exhibit centers on Chinas Three Kingdoms period, and will go on until March 15.

Lasting from 184 to 280 AD, the Three Kingdoms period is one of Chinas most famous eras. During this time, the country found itself split into three empires, with each one vying to reunite China. Real life warlords like Cao Cao led these so-called kingdoms, waging great battles across the land.

But why this era has entered inside the cultural consciousness of so many Chinese people isnt necessarily because of its historical significance. Instead, its the legends of this period that have proved to be so attractive and enduring over the centuries.

According to Yang Hong, a professor with Chinas Institute of Archaeology, most people know the history as more of a story, rather than real-life events. Today, one can find movies, TV shows, and even videogames reworking the tales about the Three Kingdoms period for a modern audience.

But this kind of story-telling isnt just a recent phenomenon. In fact, the roots go back as early as the Song Dynasty (960 to 1279) when stories of the era first began to become popular Yang said. By the Ming Dynasty, the most significant of these stories, Romance of the Three Kingdoms, would be published. Like its title suggests, the book would romanticize the history, helping to cast historical figures in the role of heroes. Or in the case of Cao Cao, consummate villain.

One generation after the next told stories about this period, Yang said. These historical people eventually became characters.

In Yangs view, the story is stronger than the history. But with this exhibit, he hopes that people will come to understand more about the real facts behind the Three Kingdoms period.

Fans of this era may already know how the famous general Zhuge Liang developed the repeating crossbow as a new weapon. But the exhibit also gives less known information such as how people ate; apparently few dishes were cooked with any oil, and the use of chili spices had yet to emerge. Lavish funerals were also banned likely due to economic reasons. The constant violence also spurred on the rise of Buddhism and Taoism.

As popular as the Three Kingdoms period is, the exhibit in Beijing is the first of its kind, and features artifacts collected from 34 museums across 11 provinces in China.

Yang, who has studied the Three Kingdoms period during his five decade-long career, was chosen to help select the artifacts. 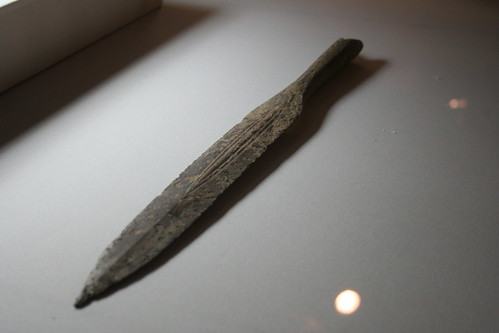 One of the largest relics on display is a burial suit that was made for Cao Caos father following his death. The suit is threaded together with silver lining onto 2,464 pieces of decorative stone.

Burial suits such as these were commonly used for funerary purposes during the Han Dynasty, which officially ended in 220 AD as the Three Kingdoms period began. Yang, however, said that this particular burial suit was of low quality, since it was not made out of green jade.

The exhibit also features artifacts that relate to how the Three Kingdoms period became culturally famous. Paintings, books, and statues created in later dynasties are displayed, showing how the historical figures of that times become icons.

Surprisingly, China was not the first country to receive the exhibit, but Japan, where the Three Kingdoms period has also become popular. A partnership between the two countries, led to the formation of the exhibit. After three years of selecting the artifacts, the exhibit finally went on display in Japan in 2008.

Now the exhibit has returned to China. After the exhibit finishes in Beijing, it will move on to China’s Henan province.