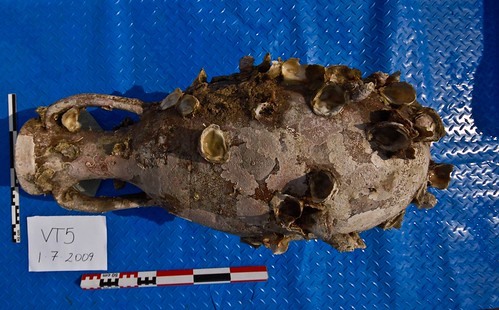 A team of archaeologists using sonar technology to scan the seabed have discovered a graveyard of five pristine ancient Roman shipwrecks off the small Italian island of Ventotene. The trading vessels, dating from the first century BC to the fifth century AD, lie more than 100 meters underwater and are amongst the deepest wrecks discovered in the Mediterranean in recent years.

Part of an archipelago situated halfway between Rome and Naples on Italys west coast, Ventotene historically served as a place of shelter during rough weather in the Tyrrhenian Sea. The ships appear to have been heading for safe anchorage, but they never made it, said Timmy Gambin, head of archaeology for the Aurora Trust. So in a relatively small area we have five wrecks… a graveyard of ships.

The vessels – all ancient shipwrecks dating back to various phases of the Roman period – were transporting wine from Italy, prized fish sauce from Spain and north Africa, and a mysterious cargo of metal ingots from Italy, possibly to be used in the construction of statues or weaponry. From the project report:

Underwater video from one of the shipwrecks
found at Ventotene:

Carabinieri diver holding up a mortar: 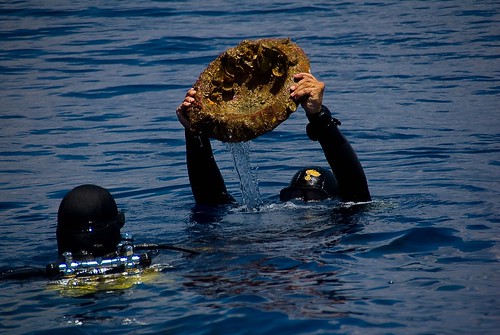 The area surrounding Ventotene surveyed
by the Aurora Trust: 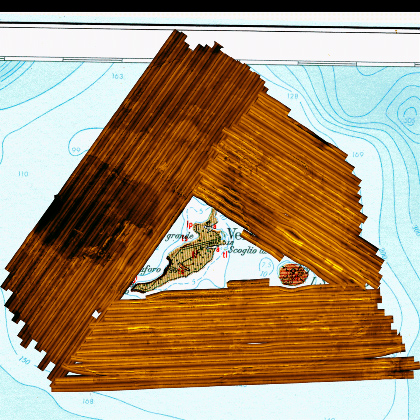 All photographs and video by the Aurora Trust.
You can find more amazing images on their Flickr stream.

In order to better understand the discovered sites it was decided to recover a sample of objects from two of the shipwrecks. In a delicate, well-planned operation supported by a fantastic team of Carabinieri divers, four mortaria were recovered from site 3 and one amphora from site 1. These were transferred to the museum of Ventotene where they will be desalinated, restored and eventually displayed.

The Trust is planning to return to Ventotene in the summer of 2010. It is envisaged that a sub bottom profiler will be deployed over the 5 shipwrecks so as to determine the extent of the site buried in under the sediment. Furthermore, the ROV will be deployed to carry out more photographic recording of the sites and if deemed necessary samples of objects from other sites will be recovered.

In Bija’s earlier blogpost ‘Roman Shipwrecks and Berlusconi Found in Deep Water‘, she quotes Annalisa Zarattini from the Italian Culture Ministry saying that this underwater discovery is part of a wider plan to locate and examine sunken treasures and artefacts before looters can get to them. New sophisticated technology means that underwater probing is increasingly within the reach of private organisations, who may not hand their finds over to the Italian state. Zarattini adds: It’s important that we arrive there first.