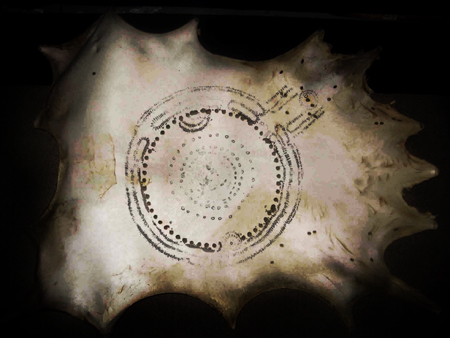 On Midsummers day, while more than 20,000 gathered at Stonehenge to celebrate the Summer Solstice,it was revealed a long-lost prehistoric documentwasdiscovered at Salisbury. The fragile deer hide document will put an end to all speculations asto the Neolithic monument’s purpose, revealing that theworld’s most famous stone circle was never a place of worship or a giant calendar. Rather, it was the centre of commerce for Britain’sBronze Agecivilization, as far as 5,000 years back.

According to entertainment website ‘NewsBiscuit’, after extensive study, Oxford University archaeologists concluded that the document is in fact a 5000-year-old failed planning application for a vast covered market place.The finds shows that 600stalls were to be constructed over a 200 acre site, with grazing facilities for 3,500 oxen and cart. The document further reveals that the Stonehenge development was never completed,for the planning application was turned down by the ‘Local Council of Elders’. One of the reasons given for this was that the planners ‘did not think that the developers used of imported Welsh stone was sympathetic to, or in keeping with, local architecture’, as well asserious concerns over increased oxen traffic.

The planners ‘did not think that the developers used of imported Welsh stone was sympathetic to, or in keeping with, local architecture’.

The find does not only solve the mystery of Stonehenge’s function, but also offers new insight into the history of Druidism. Dr Amy Bogaard told NewsBiscuit: “We now know that Druidism is not a pagan religion at all. ‘Druids’ was actually the brand name of a chain of prehistoric pharmacists, the forerunner of their modern day counterpart ‘Boots'”. Further detailson the ‘discovery’ and ‘research’ are available on the NewsBiscuit website.

The team of experts nowhope that now they’ve solved the mystery of Stonehenge,the government will reconsider contributing 10 million towards the new visitor centre planned on the site.The visitor centre,funding for which was recently scrapped by the LibDem coalition, willcommemorate what was once the most important site for the Salisbury Plain economy.